Stock markets do not follow a country's economic growth trajectory, and never has this been more true than for China at present. Is China's stock market veering into bubble territory? 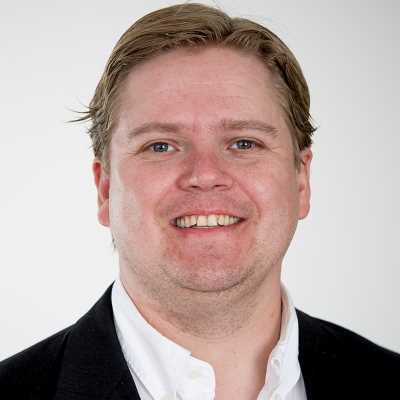 By Trygve Meyer ESG Specialist/Communications 29. May 2015

Stock markets do not follow a country's economic growth trajectory, and never has this been more true than for China at present. Is China's stock market veering into bubble territory?

Between 2010 and 2014, China boasted the world's fastest-growing economy. Meanwhile, the country's stock market was among the world's worst performers. Since last summer, however, the situation has been turned on its head. While China's economy has become steadily weaker, its share indices have more than doubled in value.

Lately a lot has been written in news outlets such as Bloomberg, The Wall Street Journal and The Economist about investor optimism around the economic reforms. This optimism has resulted in a rally for equities and an extremely active market for stock exchange listings. This year alone, the rally in the Chinese stock market has created 50 new dollar billionaires.

Many people believe that the developments this year are entirely justifiable and can be easily explained. The divergence between economic growth and developments in the stock market certainly becomes less puzzling when you include the state in the equation. A somewhat overheated economy was cooled down by authorities in 2009. Likewise, the current upturn coincides with the authorities once again using fiscal measures to stimulate economic growth.

There are concerns, however. These are voiced by our portfolio managers, amongst others, in particular the SKAGEN Kon-Tiki team, which focuses on emerging markets.

"There are a lot of unknowns when it comes to China," notes Hilde Jenssen, one of the SKAGEN Kon-Tiki portfolio managers. "The developments have been staggering and, given our investment philosophy, we have been careful about investing there, particularly in the most overheated sectors."

SKAGEN Kon-Tiki is underweight China; in other words, it has less exposure to the country than the fund's benchmark index. At 13 percentage points, China is in fact the fund's largest underweight. The reason for this is mainly the valuation of Chinese companies, but also concerns about structural challenges in the near future. That said, the fund's investment in car producer Great Wall Motor has been the best contributor so far this year.

The Shanghai Stock Exchange Composite Index has gained 37 percent in local currency so far this year. The valuation for all stocks is at 22 times earnings per share and 1.5 times book value, which is high, but not alarmingly so.

At the end of April, research company Bank Credit Analyst (BCA) published an overview of valuation based on share price versus earnings per share for various sectors in China. The valuation of Chinese stocks is high relative to global and US stocks and some sectors in particular stand out.

As the Wall Street Journal highlighted in an article in March, one challenge with the current valuation is that "Chinese technology companies are getting hefty price tags when they haven't figured out how to generate revenue consistently, let alone make a profit."

The Economist wrote a month later about the three warning signs in the Chinese stock market. The first was that valuations were starting to show bubble tendencies. They highlighted ChiNext, China's small-cap board, in particular. The company has a trailing price-earnings (PE) ratio of 90, more than double that of internet stocks at the peak of the US dotcom bubble in 2000.

Second, The Economist points to the fact that leverage has soared during the rally. By mid-April, outstanding loans to stock investors were four times as high as they were a year earlier. Finally, many of those rushing to snap up stocks are small investors with little market understanding. Almost 5 million new trading accounts were opened in China in March and, according to a survey by China's Southwestern University of Finance and Economics, the majority of the new investors did not finish high school.

Our portfolio managers have noticed that the Chinese banking sector does not appear to be as overheated as the rest of the market. Nevertheless, they have some reservations here also, mainly regarding the quality of the companies and the potential losses in their loan portfolios. In the first quarter, bad loans in Chinese banks increased for the first time in many years as a result of the economic downturn. The increase was from already quite high levels.

Chinese debt is growing: In July last year, Standard Chartered stated that the country's debt constituted 251% of the gross national product, up from 162% at the end of 2013.

"These figures are naturally a cause for concern," says Hilde Jenssen. "Especially when you take into account the fact that there is also a huge amount of public debt at city-level that needs to be paid back somehow."

This view is shared by others too, including credit rating agency, Fitch. They recently issued a report highlighting that the Chinese government's directives around the debt "prioritises growth ahead of solving the debt challenges." In short, we have not heard the last word on Chinese debt.

Global stock markets fell sharply on Monday as fears grew about the spread and potential impact of ... Read the article now arrow_right_alt
More about China

What next for emerging market growth?

We have seen a broad decline on the Chinese stock markets this year. Is the time then ripe for ...
keyboard_arrow_up