SKAGEN Focus performed strongly in the third quarter, outstripping the underlying equity markets and essentially de-coupling from value averages, which have not done particularly well in the current recovery. 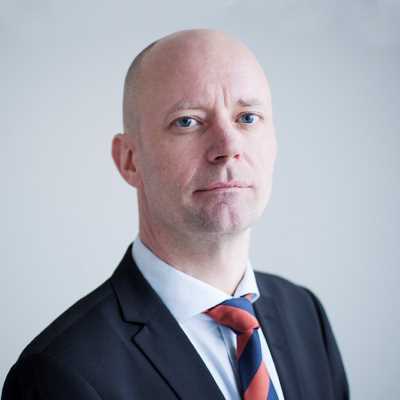 SKAGEN Focus performed strongly in the third quarter, outstripping the underlying equity markets and essentially de-coupling from value averages, which have not done particularly well in the current recovery.

Only pockets of value cyclicals, including industrial and precious metals companies, have performed in tandem with the tera-caps in US, as symbolised by the FAANGs. We observe a record high concentration risk in the US equity markets where the top five stocks currently constitute around 25% of the total market cap, indicating a poor risk/reward in these equity baskets going forward.

Nevertheless, there seems to be solid potential for a broader and sustained rotation into value assets as the global economies recover from the March/April lows. In general, we have increased our exposure to the small and mid-cap segment of the global equity market to 75% of the portfolio, as this is where we see superior value.

The strongest absolute contributor to fund performance in the quarter was Ivanhoe Mines, which owns one of the largest copper reserves globally and is rapidly moving towards its initial production date. The shares are still trading at a fraction of the valuation of similar listed copper assets and the company is a 6.5% position in the fund as we see significant upside in the near term. West Fraser Timber, the Canadian lumber producer rose sharply in the quarter as the pandemic-related environment has pushed lumber prices to record levels. We think market participants may underestimate the earnings power of the company in the near term. Our Japanese holding in staffing company Pasona generated strong returns in the quarter as the discount to its major holding Benefit One had increased to almost absurd levels.

Our holding in Spanish pulp producer Ence was weaker in the quarter on limited company specific news. OMV, the Austrian integrated energy producer, was down in the quarter as energy prices remained depressed.

You can find all our latest reports here: Read the funds' third quarter reports

During the quarter we initiated several new positions in the fund. We established a position in the French investment company FFP, which is largely held by the Peugeot family and holds a legacy stake in the automaker. We believe the company is a highly undervalued so-called "discount on discount" investment situation. We peg the current net asset value at around EUR 150/share while the shares were trading at EUR 68 when we bought into the company. This huge discount does not factor in the significant upside potential in the Peugeot share price. The latter is currently undergoing a merger with Fiat, where there are substantial synergies.

Our new investment in Finnish crane producer Konecranes got off to a flying start as the company announced a merger with Cargotec sending the share price sharply higher. We viewed Konecranes' investment case as attractive even before the merger, with solid turn-around potential in industrial and port-related cranes and an underappreciated growing service component.

Albertsons, the US food retailer, entered the portfolio in September. We think this is a highly undervalued and ignored company trading at significant discount to both peers (e.g. Kroger) and our understanding of fair value. Albertsons is trading with a lower free float of just 10% as it has recently been listed by private equity and there is a substantial short-term share overhang from these holders, which likely explains the discount. This is, however, of a temporary nature, and the fundamental case looks compelling. Albertsons has been playing catchup with its closest competitors due to its sub-standard CRM and organisational structures. The new CEO has already started implementing measures to close the operational gap to its peers. The market is still in wait-and-see mode to determine whether management will be able to execute on its strategies. We view the new management team as highly capable and expect to see improvements. The current pandemic has led to an elevated spending level for food-at-home which has the potential to be cemented.

We believe several factors support a rotation into value assets in the mid-term investment perspective. The massive economic stimulus currently being implemented will propel a substantial earnings growth from a depressed base in the cyclical value segments in particular, which we think will not go unnoticed by market participants. Incrementally positive vaccine developments would support a cyclical recovery in many traditional value areas. The US election is a significant uncertainty in the near term but any change in the US leadership could reinforce a rotation towards value. At the end of the quarter we hold 35 substantially undervalued positions, more than 75% of which are in the small and mid-cap segment. Concentration in the top 10 is at 48% at quarter end, which is an increase since the second quarter.

Historical returns are no guarantee for future returns. Future returns will depend, inter alia, on market developments, the fund manager’s skills, the fund’s risk profile and subscription and management fees. The statements above reflect the portfolio managers’ viewpoint at a given time, and this viewpoint may be changed without notice. This article should not be perceived as an offer or recommendation to buy or sell financial instruments. SKAGEN AS does not assume responsibility for direct or indirect loss or expenses incurred through use or understanding of this article. Employees of SKAGEN AS may be owners of securities issued by companies that are either referred to in this article or are part of a fund's portfolio.

Find out how SKAGEN's other funds performed in the quarter

The rotation into value gathered momentum in the third quarter, benefitting our concentrated global equity fund SKAGEN Focus in particular

The concept of value investing a simple one: By focusing on fundamental company analysis, investors can outperform the stock market by identifying and investing in companies that trade at a discount to their intrinsic value.

The five forces driving the resurgence of value stocks

CIO Update: The power of dividends

How company pay-outs provide protection and prosperity in the current volatile environment.

After a helter-skelter 2020, stock markets found relative calm in 2021. SKAGEN's equity funds all ...

In recent months, there has been a significant tightening of regulations governing Chinese ...