In the summer I wrote about the record disparity between growth and value stocks. Since news broke of a possible COVID vaccine, value stocks have shown signs of a long-awaited recovery and in keeping with previous value revivals, smaller companies have benefitted most. 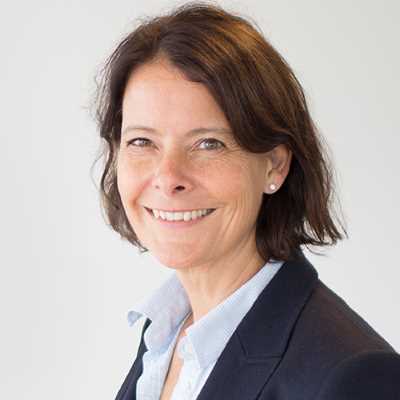 In the summer I wrote about the record disparity between growth and value stocks. Since news broke of a possible COVID vaccine, value stocks have shown signs of a long-awaited recovery and in keeping with previous value revivals, smaller companies have benefitted most.

Market sentiment has shifted dramatically. November began with four of the US tech giants taking a step nearer to global domination when Alphabet, Amazon, Apple and Facebook announced combined post-tax profits of $39bn for the third quarter, a rise of 31% on the previous year. Impressive, even without considering that earnings for the S&P 500 index more broadly are expected to fall 10% over the same period. They then received a further boost from the US election and the likelihood that a Republican controlled Senate would limit Joe Biden's ability to introduce stricter regulation.

Much like Donald Trump, big tech is now out of favour. On the day of Pfizer's vaccine announcement, the Russell 2000 index of smaller US stocks outperformed the tech-heavy Nasdaq Composite by a huge five percentage points as investors' thoughts turned towards the likely winners and losers from an economic recovery. As they have sought alternatives to the companies that benefitted from remote working and lockdowns, international regulators have turned their attention on anti-competitive practices in Europe (Amazon), India (Alphabet) and China (Alibaba).

An end to COVID-19 would give smaller companies a particularly welcome boost. Many economically sensitive sectors which outperform in a recovery are proportionally larger in the small-cap index, such as Real Estate (-18.2% YTD) and Industrials (-5.9% YTD). This sensitivity, and the strong performance of sectors like Information Technology (+21.3% YTD) and Communication Services (+10.1% YTD) which have bigger weightings in the large-cap index, has led to a significant divergence in valuation between the two groups. The smaller company universe currently trades on a P/B of 1.6x versus 2.5x for the larger equivalent[1]. 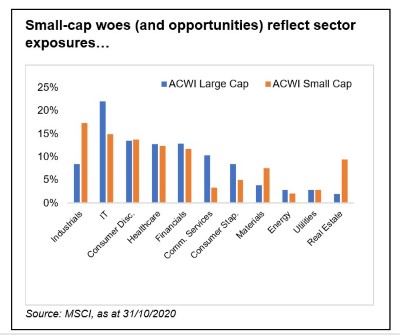 In times of market stress investors naturally seek safety in larger, more liquid companies and the pandemic has accelerated a structural shift of capital being diverted away from smaller companies due to several factors. First, larger companies have benefitted from greater flows into passive funds as most are market-cap weighted with a low number of smaller companies, if any. The average company size in the global index, for example, is over $16.7bn[2]. Second, many active fund managers have gravitated towards larger growth stocks, either to minimise their career risk or in the belief that another investor will buy their shares regardless of price – the greater fool theory.

Regulatory drivers have also played a part. The EU's 2018 Markets in Financial Instruments Directive (MiFID II) has led to a consolidation of research towards the most liquid stocks with small companies now covered by fewer and fewer analysts. Many have even been forced into paying for research to remain on investors' radars.

With sell-side coverage shrinking and buy-side analysts less willing to analyse and follow stocks that are often more diverse and difficult to assign to clear buckets, smaller companies are increasingly under-researched. Bottom-up stock pickers prepared to do their homework have a prime opportunity to pick-up small-caps trading at significant discounts to intrinsic value.

A further shot in the arm could come from mergers and acquisitions (M&A). Cheap debt combined with the positive vaccine developments and US election conclusion have created fertile conditions for corporate activity. This week companies globally announced deals worth nearly $40bn and continued consolidation should benefit smaller companies and their share prices.

At the start of November, US technology stocks made up nearly 30% of the S&P 500, not far below the level it reached when the dot com bubble burst at the turn of century: 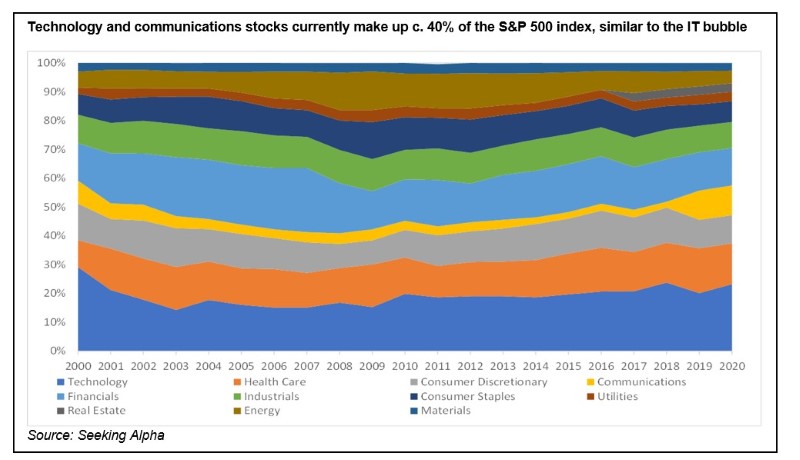 In the decade that followed the Russell 2000 rose almost 24% while the Nasdaq Composite lost almost half its value, so it is unsurprising that investors looking to de-risk are beginning to think that small is beautiful.

As with other less efficient corners of the stock market, being selective should reap the greatest rewards. Buying small companies or indices blindly increases risk, particularly with COVID infections still on the rise and a sustained economic recovery largely dependent on the effectiveness of vaccines against it.

Most of SKAGEN's equity funds have some exposure to small caps with SKAGEN Focus the largest at around 60% of the portfolio[3]. It is no coincidence that our fund with an investment strategy centred on small-cap value stocks is the best performer since the Pfizer announcement, but it is also our strongest since the market bottomed out in March, demonstrating the importance of good stock selection.

The entire world is hoping that the vaccine breakthroughs might signal a return to normality and economic recovery. From a stock market perspective, investors in smaller companies –particularly those with a value tilt – will be more optimistic than most.

In order to succeed as a value investor, it is not enough to just find companies that have low ... Read the article now arrow_right_alt
More about Investment Philosophy

COVID-19 created severe headwinds for SKAGEN Vekst but the portfolio managers' focus on finding and ...

SKAGEN Kon-Tiki: Is value on its way back?

There are signs that value stocks may be making a comeback after a long period during which ...
keyboard_arrow_up