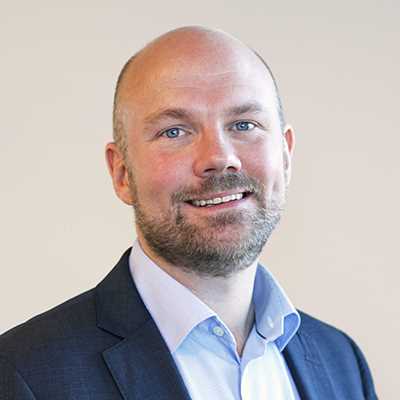 With much of the world having been focused on the US election, another world leader has recently taken office with relatively little attention, but with promises that could be significant for investors. Yoshihide Suga replaced Japan's longest-serving Prime Minister Shinzo Abe in September and vowed to continue many of his predecessor's long-term reforms.

For SKAGEN m2, which has around 10% of assets in Japanese companies, this will hopefully include improving corporate efficiency and protecting minority shareholders. Suga has already announced the creation of a new agency to improve the country's digital infrastructure which should benefit the fund's largest overall position, Keihanshin Building, at 5.8% of the portfolio.

Founded in 1948, Keihanshin is a small-cap commercial property owner with a growing portfolio of data centres, which have been one of the few real estate segments to prosper during COVID-19. Our conviction has been rewarded and the company is SKAGEN m2's best contributor this year with a share price increase of 50%[1].

Despite this strong performance we believe there is significant further value to be unlocked through crystallising unrealised asset value gains, increasing the dividend and a buyback among other initiatives. This view is supported by other shareholders, notably Strategic Capital, a Japanese activist investor who recently increased its stake to 9.4% and became Keihanshin's second largest shareholder.

The activist is demanding that Keihanshin improve corporate governance by appointing an independent director (the Board is currently dominated by former employees of Sumitomo Bank, a 4% shareholder). It is also pushing Keihanshin to crystallise value in its assets by creating a REIT, disposing of its low margin rental properties and selling cross-shareholdings to improve capital efficiency. These proposals were tabled at the company's AGM and although they received support from other shareholders, including SKAGEN m2, it was insufficient for them to be enacted. In response, Strategic Capital has now launched a tender offer for a further 20% of Keihanshin's shares to put further pressure on management and perhaps attract a rival bidder.

Keihanshin was one of a record 23 Japanese companies to receive shareholder proposals submitted by activists in the first half of 2020. This represented a 44% increase on 2019 according to IR Japan, a Tokyo-based consultancy. Another survey by US law firm White & Case revealed that although none of the activist's 47 demands achieved majority shareholder support, they received greater backing on average than the previous year, suggesting growing investor willingness to support their proposals.

As well as more companies, the voting itself is under scrutiny after scandal recently engulfed Sumitomo Mitsui Trust, Japan's largest provider of shareholder services. The company admitted last month that votes at nearly 1,000 AGMs were miscounted as a result of an outdated counting method, including their own.

The rise of activism in Japan can be traced back to Shinzo Abe’s election in 2012. The third of his 'three arrows' aimed at kick-starting the country’s stagnant economy included a reform of corporate Japan. He introduced a stewardship code in 2014, followed by one for corporate governance the following year, which encouraged Japanese management to improve balance sheets, shake-up Boards, reduce cross-shareholdings and ultimately deliver better returns for shareholders.

Believing they had government support, activists sensed an opportunity and turned their focus on Japan. According to Activist Insight, a UK consultancy, the number of companies publicly targeted rose from 14 in 2013 to 65 in 2019, while the number of demands grew from 11 to 54 over the same seven-year period (see chart).

While the public data clearly paints a picture of growing agitation, it is harder to assess the success rate of discussions which result in amicable resolutions, in-keeping with Japanese culture. The data also shows that although demands remain focused on balance sheet issues, which are perhaps easier to resolve privately, since 2017 there has been growing appetite to challenge companies on their business and M&A strategy.

SKAGEN m2 recently initiated a position in Hewia Real Estate which owns and operates over 50 offices in major cities across Japan, primarily in Tokyo where it is landlord to the Tokyo Stock Exchange and redeveloping the financial district. The company has significant unrealised value within its property portfolio – reflected in a current share price discount of around 40% – and what we consider to be unnecessary cross-shareholdings on its balance sheet.

Heiwa also has a 'poison pill' takeover defence which allows it to issue warrants that would dilute the ownership stake of a potential acquirer. The provision also lets the company establish an 'independence committee' of internal and outside members to review the appropriateness of any bids. Such shareholder unfriendly mechanisms were a common feature of Japan's corporate landscape for many years, largely used alongside cross-shareholdings to deter overseas predators, but have declined dramatically in the wake of Abe's corporate governance reforms.

Heiwa's poison pill adoption and subsequent renewal, which the company claims is necessary to protect it as it works to redevelop the area around the stock exchange, has received dwindling shareholder support over the past two years and was almost removed at this year's AGM. Since then, Simplex Asset Management has become Heiwa's largest shareholder and currently owns 12.2% of the company[2]. It seems probable that the Japanese hedge fund's target is to remove the defence mechanism to smooth a potential takeover of the company, a move that would likely find support among the overseas investors who own nearly 40% of Heiwa's shares.

Both Heiwa and Keihanshin illustrate the corporate governance transition currently underway in Japan, with activist investors increasingly embedded in the shareholder registers of its companies. Given Prime Minister Suga's promise to continue Abenomics, and a belief that he is particularly committed to structural reform, the evolution may even accelerate.

The two companies also contain significant value waiting to be unlocked, either by activists and agitators who are gaining growing support from mainstream investors, or the companies themselves who increasingly recognise the importance of maximising returns for minority shareholders.

Not all property funds created equally

While the COVID-19 pandemic has generally been painful for real estate markets, it also highlights ... Read the article now arrow_right_alt
More about Real Estate

What next for global real estate?

A look at the coronavirus impact, the outlook for different segments and why stock selection is key ...