SKAGEN Global believes that ESG is an area that long-term investors need to include as part of the bottom-up due diligence and integrate in the overall risk-reward assessment. 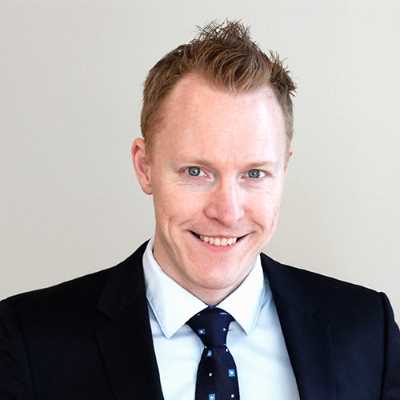 SKAGEN Global believes that ESG is an area that long-term investors need to include as part of the bottom-up due diligence and integrate in the overall risk-reward assessment.

Intuitively, many investors think of the ESG analysis as a tool to limit downside risk by unmasking poor practices that may not have shown up in financial statements yet. This reasoning is sound, but it does not capture the full value afforded by a 360-degree ESG assessment. Crucially, there is also upside risk that the ESG analysis may help uncover. That is to say, companies with good (or improving) ESG practices can be seen as providing a type of optionality that the market has not yet begun to value properly.

In SKAGEN Global, we take a long-term view of our investments and seek out undervalued companies that ideally have the ability to control their own destiny rather than having exogenous factors determine their fate. The ESG aspect becomes particularly enticing when it offers meaningful optionality to an investment case that is already fundamentally attractive. One of our investments that fits this line of thinking is the railway company Canadian Pacific (CP) that we also classify as an ESG impact case.

CP has been part of the North American landscape since 1881 and serves customers through its transcontinental rail network that spans 20,000 km. It hauls a range of goods ranging from grain and lumber to autos and chemicals. Over the past few years management have improved operations by better use of precision performance and its innovative railway performance monitoring system. As long as global trade continues to grow, we believe CP is in an enviable position with access to ports facing both Asia and Europe while controlling a vast network of railroad tracks that is virtually impossible for a competitor to replicate in today's world. This competitive advantage combined with a robust balance sheet, solid cash flow generation and opportunities to deploy capex towards incremental value-enhancing growth opportunities while trading at an appealing valuation point to a strong underlying value proposition.

From ESG laggard to leader

On top of these features, there is an ESG angle that we argue is only partially appreciated by the wider market. During the past five years, CP has gone from laggard to leader in the ESG space among the North American railways according to the third-party analytics firm Sustainalytics. We view this development as a tangible sign that CP recognises the importance of ESG. More broadly, a key benefit of railroads versus other modes of transportation is that metal wheels on metal tracks constitute a highly economically and environmentally advantaged method for long-distance freight hauling. In practice, this means low carbon intensity. CP points out that trains are four times more fuel efficient than trucks with 75% less greenhouse gas emission. The company also highlights that a single-unit train is the equivalent of 300 trucks. In this context it is not surprising that CP's scope 1 emissions are low both in absolute and relative terms in the transportation sector. Building on that point, we see significant upside optionality from a scenario where shippers begin to consider emissions in their choice of transportation mode.

No imminent threat from self-driving trucks

The more recent focus of ESG investments has concentrated on battery technologies and electric vehicles. It is increasingly clear that the car industry is heading toward electrification, although the timeframe for wide adoption remains unclear. As far as electric trucks with autonomous driving capabilities are concerned, we do not see them becoming an imminent threat to CP in this decade, or possibly even in the next one. The speed by which trains can transport goods across vast land areas is unlikely to be matched by self-driving electric trucks on public roads for many years. In our view, the more likely debate to ensue is not whether electric vehicles will outcompete trains but how valuable the low-emission transportation mode offered by railroads is to society at large. It is therefore conceivable that the next phase in the public ESG debate will encompass transportation in a wider sense. CP would be particularly well positioned in such a scenario that could afford the company a premium valuation that is meaningfully higher than the multiples implicitly assigned to the company today by the market. We are excited by this opportunity and have climbed onboard for the ride!

SKAGEN has a clear goal to improve sustainable business practices across our holdings. Read more ... Read the article now arrow_right_alt
More about Sustainability

Real estate is of growing importance to society, both in terms of how the built environment tackles ...

SKAGEN has committed to joining the collective global effort to reduce greenhouse gas emissions. In ...

At SKAGEN, we strive to be a diverse and inclusive company since we are convinced that this will ...
keyboard_arrow_up